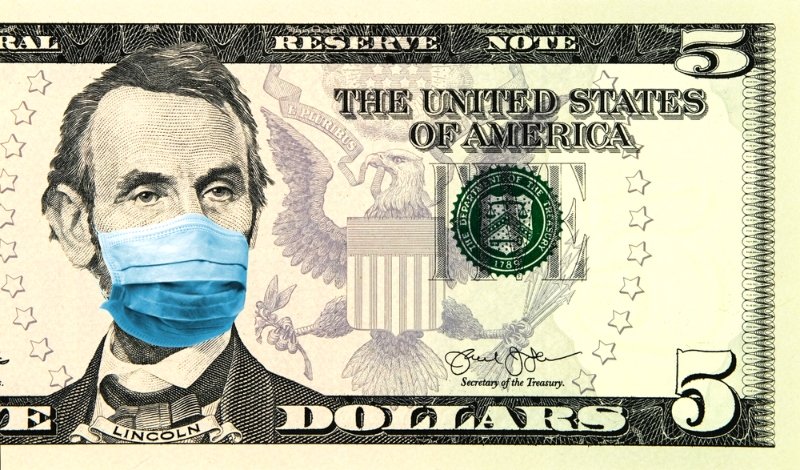 —
It’s never over till the fat lady sings. That’s what we like to say in sports. While China seems to have been able to get a handle on the coronavirus over there, the price was steep; both in terms of loss of life and economic activity. Still, their draconian approaches managed to stem its spread. Europe though, especially Italy and Spain, were sadly behind the curve and paid the price dearly. It remains to be seen just how long it will take before things can return to normal there.

As for the U.S., it seems as if it’s a tale of two cities. On the news, we see the worst of it, but much of the population still seems to think they won’t be affected. A friend who returned to Japan last week said there was a stark difference between Kansas City (his hometown) and that of Detroit. In the Kansas City airport, only one other person besides him was wearing a mask. Someone even came up to my friend and said, “You’re taking this a bit far, aren’t you?” Contrast that with his international flight out of Detroit later that day, in which only one person wasn’t wearing a mask.

Each country is in a different stage of their progression, with countries like China and South Korea hopefully reaching the final stage. Europe is in the thick of things right now, while Japan and the US are still in coming to grips with what needs to be done to nip this in the bud.

While these are indeed trying times, in time we will overcome this crisis, but at what cost? Only God knows. Rather than focus on the negative, I’d rather think about what we can take away from this. Here are five lessons I’ve learned during the first wave of the Coronavirus outbreak.

Read More:  Coronavirus officials hunt for anyone who spent more than 15 MINUTES with British businessman

#1 The Boy Scouts Got It Right
I gave up becoming a boy scout back in junior high, but the Scout motto is one we should all remember – “Be prepared.” Thankfully, the supermarkets in most countries continue to operate as usual, but this crisis has shown how people react to such situations – panic.
There have been runs on toilet paper, sanitizer, masks and the like. Some people even tried to cash in by cleaning out rural stores in hopes of making a tidy profit. Some countries have even limited the number of items people can buy which brings me back to lesson number one, it’s a good idea to have some extra supplies on hand, just in case. I’m grateful we bought masks before the panic. We’ve also got a number of non-perishable goods in our house along with those items with expiration dates a few months away. No one could have predicted this would happen, but as we

#2 Apples and Oranges
In a previous article, I talked about how people comparing the coronavirus to the flu were dead wrong. Despite more and more evidence coming in people still seem to have their heads in the sand. What bothers me the most is when people share the stats comparing this crisis to the flu, suicide, traffic accidents and a whole bunch of other things. It’s apples and oranges. The coronavirus is just getting started. No one knows what the final numbers will be. It’s also an invisible threat and has no cure. Don’t look stupid and compare two unlike things, it’s just so second grade.  We’ve got to be smarter than that.

Read More:  How much weight loss during breastfeeding

#3 There Are a Lot of “Experts”
Suddenly everyone’s an expert. I had a friend who majored in psychology tell me they had read “all the science.” Jeez, I have been watching this thing unfold since January reading every article and watching every video I could to better understand how to prepare for it. Despite spending two hours every day and discussing things with my clients and friends, I still don’t know that much. I have always trusted what Jim Rohn used to tell his audiences, “Let your decision be the product of your own conclusion.” Listen to real experts, not your neighbor Bob.

#4 Numbers Tell a Story
I’ve always loved math. It’s so clean, so precise. Having been an entrepreneur for over 20 years now, I can tell you that numbers are the lifeblood of any business. Over the years I’ve had the opportunity to look at many different companies’ books and I find it interesting how people value their businesses. This virus has devastated so many businesses already, with unemployment numbers about to explode and many shops having to close their doors for good. Numbers might not tell the whole story, but they do tell a story. Ignore them at your own risk.

#5 Smile
While Japan is not under lockdown yet, many of my friends and clients feel it’s just a matter of time. As such, we’re trying to do our part and limit going out. No malls, movie theaters, amusement parks, or anywhere with large numbers of people. Normally, my son would have a swimming competition every month, but as they’ve all been canceled for the foreseeable future, we are taking the time to enjoy just being a family. A minute bike ride from us we are lucky enough to have two parks near us so on Sunday we just grab our frisbees and my camera and we enjoy the fresh air. It might equal Disneyland but this crisis has reminded us what’s really important – our family and friends and our health. There may be dark times ahead, but the one thing we must do is try and remain positive.

If you believe in the work we are doing here at The Good Men Project and want to join our calls on a regular basis, please join us as a Premium Member, today.

All Premium Members get to view The Good Men Project with NO ADS.

Need more info? A complete list of benefits is here.