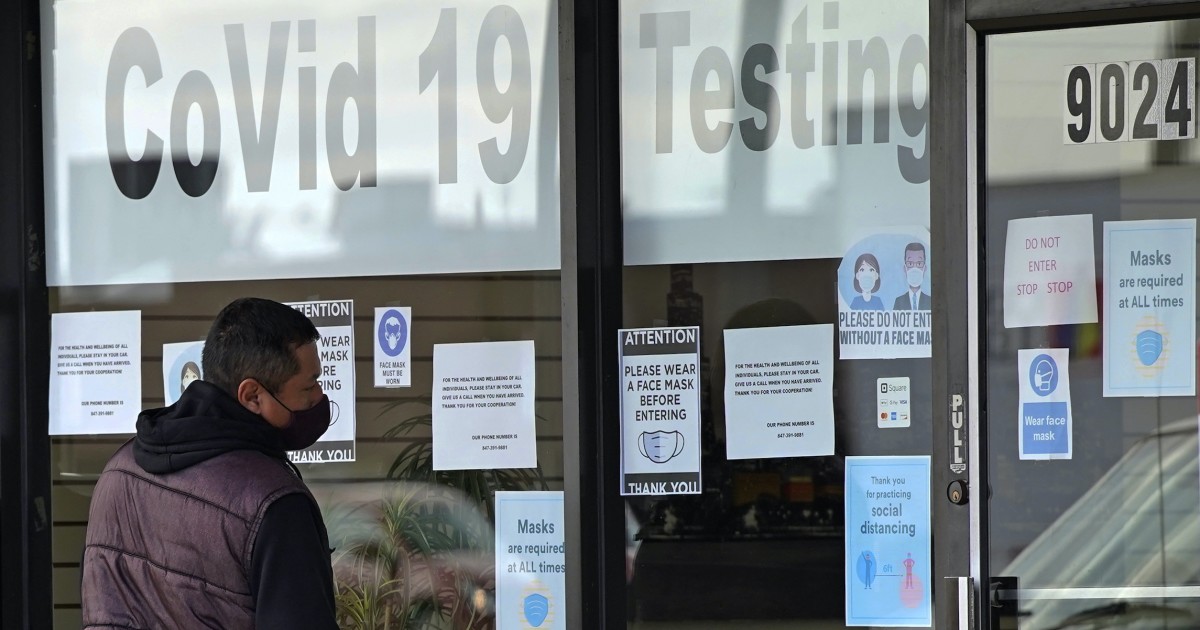 Jay Butler, deputy director for infectious diseases at the Centers for Disease Control and Prevention, raised the alarm about rising cases of COVID-19.

“Unfortunately, we are seeing a distressing trend here in the United States,” Butler told reporters Wednesday, adding that cases are now growing “really in all parts of the country,” with especially high infection rates in Midwestern states.

New daily infections have risen an average of 60,000 daily for the past week, a rate that is steadily increasing each week. The average new cases reported daily in the week ending Oct. 11 was about 49,000, while the seven-day average on Oct. 4 was slightly less than 43,000.

“I recognize that we are all getting tired of the impact COVID-19 has had on our lives,” Butler said. “We’re tired of wearing masks, but it continues to be as important as it has ever been, and I would say even more important than ever as we move into the fall season.”

The United States has confirmed roughly 8.3 million cases and nearly 222,000 deaths. The weekly average test positive rate has risen steadily from Sept. 29 at 4.3% to 5.5% on Tuesday.

Senate Democrats voted to block a slimmed-down coronavirus relief measure authored by the GOP while sluggish bipartisan talks have significantly dimmed optimism for a new round of federal aid before next year. The vote was 51-44 along party lines and fell short of the 60 votes necessary to push the $ 500 billion measure through. No one expected the $ 500 billion proposal to pass. Senate Republicans tried and failed to move the same bill in September over the objections of Democrats, who said it provided insufficient funding to address multiple needs caused by the pandemic.

“Once again, Democrats will choose nothing over something, that if they can’t get everything they want, it’s better for Americans not to have anything,” said Senate Majority Whip John Thune, a South Dakota Republican.

GOP senators argued that the $ 500 billion stimulus package, a far cry from the Democrat-authored package totaling $ 2 trillion, was an appropriate response to the pandemic. Republicans also aimed to use the vote to show voters that Democrats are holding up relief and to counter Democratic arguments that the GOP is not interested in addressing the crisis.

The CDC redefined what counts as “close contact” with someone with COVID-19 Wednesday in new guidance that expands the pool of people who are at risk of contracting COVID-19, suggesting that far more people should be tested for contact tracing.

Under the old guidelines, the definition of a close contact was someone who “was within 6 feet of an infected person for at least 15 minutes starting from 2 days before illness onset (or, for asymptomatic patients, 2 days prior to specimen collection) until the time the patient is isolated.”

Under the new guidelines, the standard is that a close contact is someone who spends 15 minutes or more with someone over the course of 24 hours.

New Jersey Gov. Phil Murphy, a Democrat, left an event at Camden County Community College suddenly after learning that he was exposed to a person diagnosed with COVID-19. He learned during the event that he had come into close contact with someone on Saturday who has since tested positive for the coronavirus. Murphy said he had tested negative for the virus on Monday before knowing that he had been exposed and said he would get tested again Wednesday. He said he currently has no symptoms.

Read More:  Ask the Doctor: Am I now at risk of iron overload?

Atlas added, “I don’t speak for him. I don’t speak for anybody. I speak for the interpretation of the data, and the subsequent evolution of that data into the best policy advice that I can give the president of the United States.”

Brazilian health authority Anvisa announced Wednesday that a volunteer in AstraZeneca’s COVID-19 vaccine trial has died in Brazil, but the clinical trial will continue, Reuters reported. A source told Reuters that the vaccine trial would have been halted if the 28-year-old man had died when he received the vaccine candidate, suggesting that the volunteer was part of the control group that received the placebo.

Ireland will become the first European country to enter a second nationwide lockdown starting at 12:01 a.m. Thursday, which is set to last for six weeks, the Washington Post reported Wednesday. Under new restrictions, most nonessential retail establishments will close, including hair salons and barbershops. People are being asked to stay at home and to exercise only within a 3-mile radius of their homes.

Deputy Prime Minister Leo Varadkar said the country needed to take a “preemptive strike” against the virus “before it is too late,” adding the move could result in 150,000 job losses and cost the government 1.5 billion euros.

Jerome Adams, the U.S. surgeon general, was arraigned on Wednesday in Hawaii on charges he entered a public park that was closed due to the coronavirus. The arraignment occurred virtually. Adams was visiting Hawaii to work with Gov. David Ige and Honolulu Mayor Kirk Caldwell on a plan for coronavirus testing. Adams and two other men were taking pictures in Kualoa Regional Park in Oahu in August, according to the criminal complaint. Adams told the police officer issuing the citation that he didn’t know the park was closed.

A Yahoo News/YouGov poll found that 34% of people plan to celebrate Thanksgiving by joining friends and family indoors. Another 25% said they were not sure how they would celebrate the holiday. That could potentially lead to greater spread of the coronavirus. Last week, Fauci said he would not spend Thanksgiving with his children because they are concerned about spreading COVID-19.