Tay-Sachs. Fragile X Syndrome. I vaguely remembered hearing about these genetic diseases in a high school biology classroom that smelled like glue. 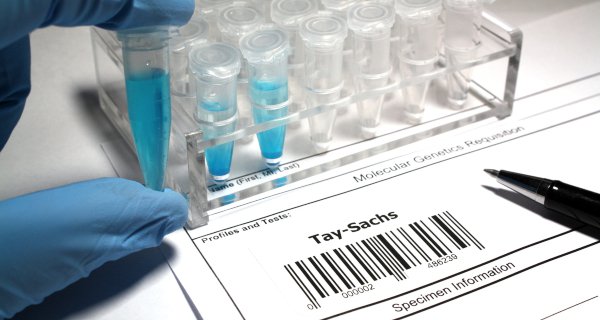 Tay-Sachs. Fragile X Syndrome. I vaguely remembered hearing about these genetic diseases in a high school biology classroom that smelled like glue, or over the buzz of a lecture hall at the University of Georgia, but I had never paid them much mind. While grave, they just seemed like ominous disorders that had little to do with me. I knew they were linked to Jewish ancestry, but this too was something I hadn’t given much thought to until I was a college student.

As one of two of the total Jewish students who attended my predominantly Christian high school in the south, pretty much everything about Judaism for me was put on a back-burner, with the exception of major holidays and various items of Judaica that I owned. Heck, I even celebrated Christmas; this made sense because I come from an interfaith family: my father’s family was traditionally Christian and my mother came from a Jewish background that was all but void of religious practices. As high school came to a close, I was beginning to become surer of myself – who I was, who I wanted to be, and how I really identified myself religiously going forward. I would soon see the greater connection between my religion and those diseases I had skimmed over in textbooks.

Upon arriving at the University of Georgia, I reached out to the Hillel on campus. I went to Shabbat services by myself. I ended up joining a Jewish sorority, which was a complete surprise to me. I found myself in a new and welcoming community that I had never experienced before. As I grew more comfortable, it was easy to feel as though I wasn’t any different than my Jewish friends around me.

However, a simple news bulletin at chapter brought this into focus.

This past spring, a member of my chapter announced that JScreen, a not-for-profit, at-home, education, and carrier-screening program for Jewish genetic diseases, would be coming to the Athens Chabad to provide their services for free to a limited amount of students in the Jewish community. This left me with an uneasy feeling…was I even Jewish enough to be tested? Only one of my parents is Jewish, how could I be at risk for passing on potentially devastating traits to my children? Isn’t it a little early for a twenty-year old to be thinking about this?

Since I intend to marry Jewish and have a family, I decided it would be worth it to explore the JScreen website. After taking their pre-screening quizzes and viewing the short, educational animations, I was surprised to learn that I was still an eligible candidate for the screening. More importantly, I learned that even having one Jewish grandparent puts you at risk for carrying one or more of the Jewish disease genes.

I went through with the screening and couldn’t be more pleased. The process through and through was simple, with a personal genetic counselor at my disposal should I need it- something invaluable at any age. While my results were not particularly significant, what JScreen gave me was something that another program may not have been able to: a copy of my results for personal records and above all, peace of mind.

—
A version of this post was previously published on Jscreen and is republished here with permission from the author.
—

Read More:  Ask the Doctor: D. Todd Detar, DO, Answers Questions about Osteopathic Medicine and His Role in the Community

If you believe in the work we are doing here at The Good Men Project and want to join our calls on a regular basis, please join us as a Premium Member, today.

All Premium Members get to view The Good Men Project with NO ADS.

Need more info? A complete list of benefits is here.