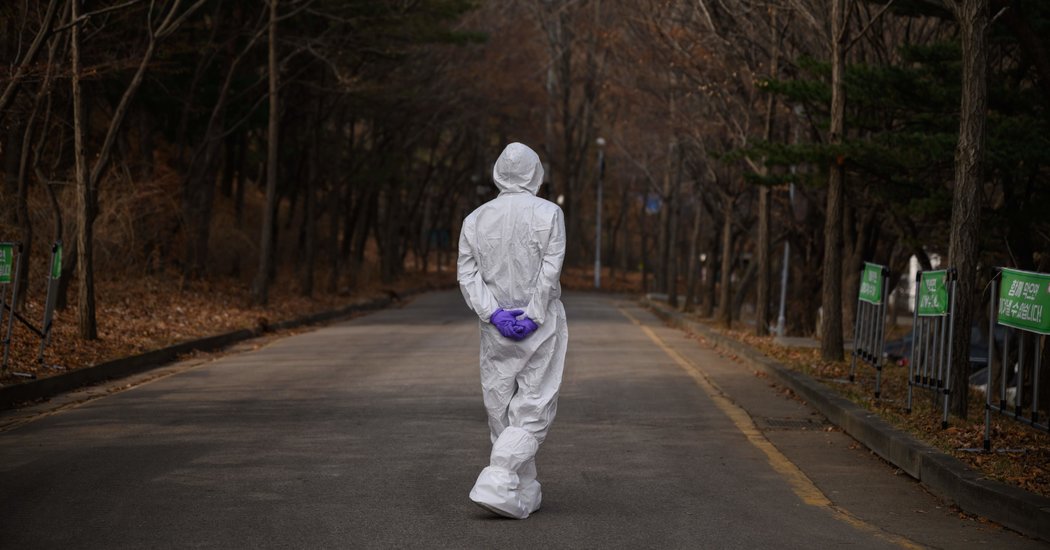 Scientists tracking the spread of the coronavirus reported on Monday that, for every confirmed case, there are most likely another five to 10 people in the community with undetected infections. These often-milder cases are, on average, about half as infectious as confirmed ones, but are responsible for nearly 80 percent of new cases, according to the report, which was based on data from China.

The researchers modeled the virus’s natural spread in China before the government instituted a travel ban and an aggressive testing policy. During that time, from December of last year through late January, about 6 in 7 cases went undetected. That situation is analogous to the current state of affairs in the United States and other Western countries, where tests are not widely available, the researchers said.

“If we have 3,500 confirmed cases in the U.S., you might be looking at 35,000 in reality,” said Jeffrey Shaman, an epidemiologist at Columbia University and the senior author of the new report, which was posted by the journal Science.

The report is among the first to address two of the most pressing questions about the pandemic: How many people are walking around with unrecognized infections, and how infectious are they? As American policymakers have begun taking more aggressive measures to slow transmission, such as canceling events and closing restaurants, access to tests for the virus has been difficult or nonexistent in much of the country.

In a conference call with reporters on Monday, scientists representing more than a dozen institutions tracking the disease stressed the importance of increased testing.

Read More:  How the United States Beat the Coronavirus Variants, for Now

“It is crucial to implement wide-scale testing,” said Dr. Elizabeth Halloran, a professor of biostatistics at the University of Washington and a senior researcher at the Fred Hutchinson Cancer Research Center. “And it’s important to develop inexpensive tests so people can get tested whenever they need to be.”

The new analysis drew on documented infections in China and mobility data, as well as a model of social interaction across the population, to estimate the numbers of undocumented cases, as well as infection rates. It found that, after the Chinese government locked down the center of the outbreak on Jan. 23 and began widespread testing, the picture changed drastically. In time, testing identified some 60 percent of positive cases, up from 14 percent.

The paper included authors from five institutions, including Imperial College London, Tsinghua University in Beijing and the University of Hong Kong.

The scientists said the number of undetected cases for every confirmed one could vary twofold from country to country. The unidentified cases in China that proliferated before the lockdown, although less contagious on average than the confirmed ones, did not necessarily cause milder cases in the newly infected, the researchers said.

“Just because you get the disease from someone with mild symptoms does not mean yours are going to be mild,” Dr. Shaman said. “You could still end up in the I.C.U.”