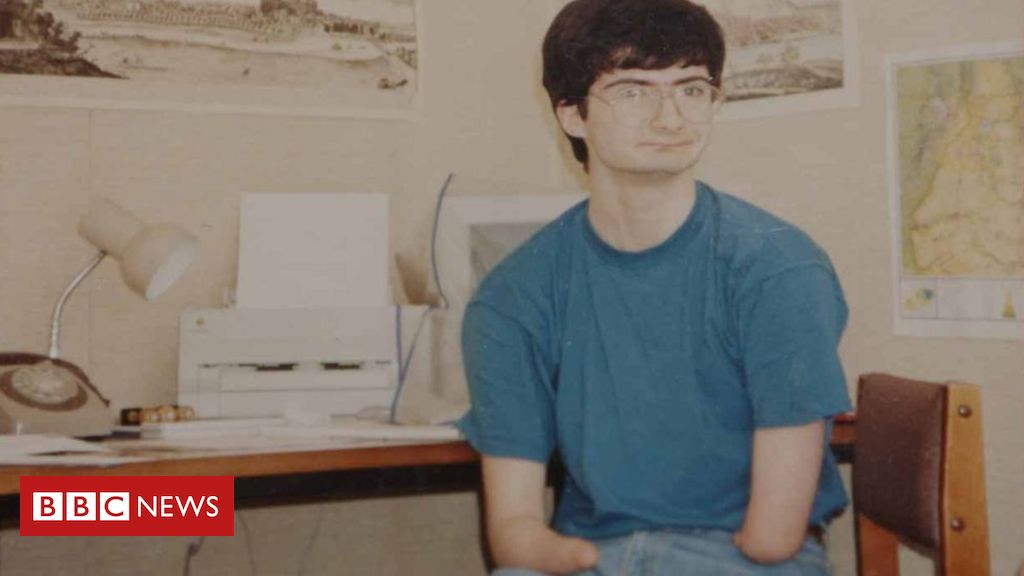 Over six decades, three very different treatments have been the subject of thousands of complaints from women.

Initially, medical professionals rejected reports of side effects linked to:

And it took years of patient-led campaigns to expose the striking similarities between them – both in terms of their effects and a lack of adequate warnings before women agreed to the treatments.

The response of England’s healthcare system has now been assessed in a long-awaited review, led by Baroness Cumberlege, which will be published on Wednesday.

Primodos – ‘We were told it should never happen again’

In 1970, a doctor gave Daphne Mason Primodos – hormone tablets that would determine whether she was pregnant.

Fears about side effects were already circulating among the medical industry.

But Daphne says she was never warned of any risks.

Primodos would trigger a period in women who were not pregnant.

And Daphne did not bleed.

But her son Daniel was born with life-changing injuries, including deformed feet and no hands.

The family’s suspicions Primodos was to blame were repeatedly dismissed, however.

And it was only after his sister heard a news report about Primodos, four years ago, that Daniel joined the Association for Children Damaged by Hormone Pregnancy Tests.

“For nearly all of my life, I have had to explain to people why I am the way I am,” he says.

“But I was never sure myself.

“Then in a flash, you realise not only are your suspicions probably right, there’s also loads of other people like you.

Staggered by the scale of pain and loss, Daniel now has depressive episodes and has felt suicidal.

“But I’m lucky to even be here.

“We know that an awful lot of children died before they were born or were taken away from their parents without their consent.”

Primodos was used by more than a million women in the UK in the 1960s and 70s, before being removed from the market in 1978.

Its manufacturer, Schering, now part of Bayer, has always denied a link between the drug and deformities in babies.

And in 2017, a government review said there was not enough evidence to prove a link.

But the findings have since been contested by epidemiologists at Oxford University.

And Daniel hopes the Cumberlege review will mean the regulation of medicines and devices improves.

“We were told in the early 60s, after Thalidomide, ‘This must never happen again,'” he says.

“And yet, here we are, in 2020, and it is still happening with mesh and sodium valproate.”

Lisa had spent most of her teens searching for a drug that would properly treat her epilepsy.

And when Lisa turned 18, her specialist seemed to have the solution – a “brilliant drug” called sodium valproate.

He never mentioned any risks.

For a while, Lisa stopped having seizures.

And when she wanted to try for a baby, Lisa was reassured she could keep taking the drug.

But she miscarried before giving birth to her son William in 1996.

She then miscarried again before her daughter Alice followed three years later.

But, Lisa says, there were “lots of little signs” things were not quite right.

“If I took William to nursery and we went a different route, he would get very, very upset,” she says.

Read More:  Spending on Medicines In and Post-COVID Say a Lot About Patients and Larger Healthcare Trends – an IQVIA Update

“He was always falling over and held his pen strangely.

“I kept banging on to medical professionals that something was wrong.

“But they just treated me like a hysterical mother.

“Now I know the truth, I’m sorry I didn’t kick more doors down.”

When Lisa watched a BBC Panorama programme, in February 2013, about the side effects of sodium valproate it was “like a light had just been switched on”.

“Everything that was wrong with my children was down to the drug I was told was safe to take,” she says.

Up to four in 10 babies are at risk of developmental disorders if sodium valproate is taken during pregnancy, the MHRA Medicines and Healthcare products Regulatory Agency says.

And one in 10 is at risk of birth defects.

All of the 17,000 women of child-bearing age prescribed sodium valproate each year in the UK should be on a pregnancy-prevention programme to ensure they are aware of the risks.

But campaigners and charities say this is often not the case.

Alice has epilepsy, learning difficulties and struggles to eat and drink.

Both have autism and dyspraxia.

And no matter how many times she is told she is not to blame, she cannot shake off an overwhelming feeling of guilt.

“My kids have lifelong problems,” she says.

“They wouldn’t be like that if I hadn’t been taking tablets.”

Pelvic mesh – ‘Patients should be told the truth’

“People don’t particularly like to talk about bottoms or vaginas,” June Wray, 73, says.

“But we can talk about anything.

“And we will help as much as we can.”

Many of its 80 members live with debilitating pain.

And some have even lost their jobs.

June had a vaginal mesh repair to treat prolapse and incontinence, in 2009.

“I had some concerns ahead of surgery,” she says.

“But was repeatedly told there was nothing to worry about.

“I could feel my body deteriorating.

“Sometimes the pain is so severe, I feel like I will pass out.

“But when I told GPs and surgeons, they didn’t believe me.

“They just looked at me like I was mad.”

Nine years after her operation, June “finally got answers”, after seeing a report on the BBC’s Victoria Derbyshire programme.

And realising she was not alone, she set up the support group.

Overall, it is estimated more than 100,000 women in the UK had a vaginal mesh fitted to treat incontinence or prolapse before its use was “paused” in NHS hospitals.

Once in the body, mesh can stiffen and erode, sometimes cutting tissue and organs.

Studies suggest one in 10 patients can experience complications.

But there is limited evidence on the long-term adverse effects.

Baroness Cumberlege says the “pause” could be lifted, if certain conditions are met, including the introduction of specialist centres.

June, however, wants mesh banned – or at least better information for patients.

“Patients should be told the truth of what could go wrong before the mesh is put in,” she says.