Florida Governor Ron DeSantis has sparked outrage after he cut mental health funding for services for survivors and family members of victims of the Pulse nightclub mass shooting.

On Wednesday, DeSantis slashed $ 900,000 in funding for LGBTQ programs that serve people in Central Florida. According to reports, before approving a new $ 100 billion state budget, the governor vetoed a long list of projects that would benefit the gay community. He rejected $ 150,000 in funding for counseling for survivors of the worst mass shooting in the country’s history, which took place on June 12, 2016, at the Pulse nightclub in Orlando. The massacre left 49 people dead.

Some LGBTQ+ advocates called the move, which also slashed funding for homeless shelters for queer youth, a “war on LGBTQ+ Floridians.” 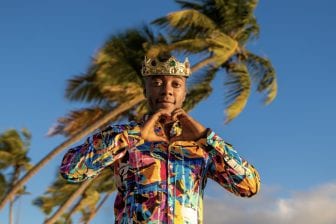 “Timing matters. What message are LGBT people meant to receive from Gov. DeSantis other than that this is an insult to them?” said state Rep. Carlos Guillermo Smith, who is gay. “The Orlando community right now is bracing for the five-year remembrance, and for Gov. DeSantis to veto funding for Pulse survivors and families is just cruel.”

The vetoes come as we near the fifth anniversary of the shooting.

“Let’s be clear about what this is: Governor DeSantis has declared war on Florida’s LGBTQ community,” said Brandon Wolf, a Pulse survivor who works for the LGBTQ civil rights organization Equality Florida. “Before the 2019 remembrance ceremony, Gov. DeSantis stood on hallowed ground, steps from where I escaped the building in 2016, and promised me that he would always support those of us impacted by the Pulse nightclub shooting. Today, almost two years later to the date, he vetoed mental health services for us. I will never forget.”

The vetoes also come one day after DeSantis signed a bill banning transgender athletes from competing in girls’ and women’s school sports.

“We believe in the state of Florida protecting the fairness and integrity of women’s athletics,” DeSantis said on Tuesday while speaking at the Trinity Christian Academy in Jacksonville, according to the Orlando Sentinel. “… I can tell you that in Florida, girls are going to play girls’ sports and boys are going to play boys’ sports.” 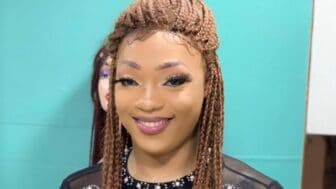 Smith is not alone in commenting on the timing of these actions — two days into Pride Month.

“I think people see these acts as totally heartless,” he said. “It adds insult to injury that it comes during Pride Month, not even 24 hours after he signed a bill to expel transgender kids from sports teams and humiliate them in front of their peers. What message is the governor trying to send to LGBTQ Floridians with these actions?”

Meanwhile, DeSantis’ press secretary, Christina Pushaw, pushed back on criticism of the governor’s vetoes, noting that “DeSantis has been a champion on mental health since day one — and he absolutely supports each and every Floridian who has experienced such horrific trauma, which has a lifelong impact on survivors,” Pushaw wrote in an email.

LGBTQ+ advocates believe the governor’s actions failed to protect gay and transgender teens and young adults who are facing homelessness, bullying, isolation from their families and sexual abuse, according to the report.

“I was just taken aback because [the appropriation] got to his desk,” said Heather Wilkie, executive director of the Zebra Coalition, which supports LGBTQ+ youth. “It takes so much work to get it through the Legislature, but it passed, and even yesterday with the trans sports bill — which is a terrible, terrible thing for our kids — I still had hope. But now we’re going to be left picking up the pieces and there’s not even going to be support for housing for them.”