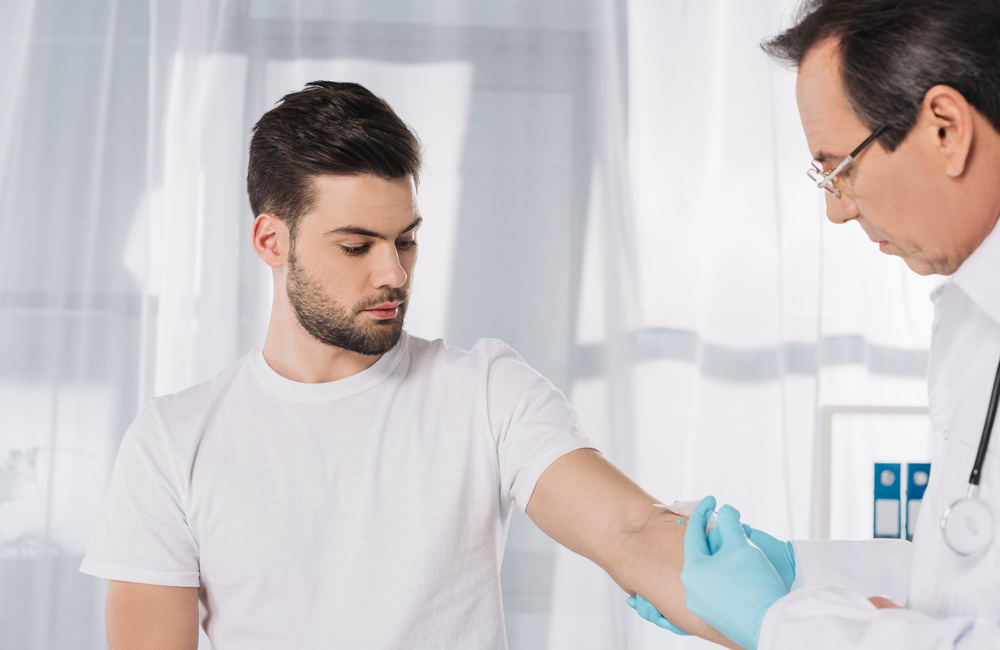 The findings are published in the journal Open Forum Infectious Diseases.

Hepatitis C can be cured by a short course of direct-acting antiviral treatment and the World Health Organization has set targets for testing and treatment coverage by 2030 with the aim of eliminating hepatitis C. Left undiagnosed and untreated, hepatitis C may eventually lead to liver damage or liver cancer.

Hepatitis C elimination partially depends on targeting groups of people with high hepatitis C prevalence, such as people who inject drugs and people with HIV, through intensified screening, linkage to care and treatment. This strategy, known as micro-elimination, has demonstrated strong progress towards elimination targets in some countries, notably Switzerland and Spain.

In the United States, up to 30% of 1.1 million people living with HIV are estimated to be coinfected with hepatitis C. It’s unclear what proportion remain undiagnosed. The US Centers for Disease Control and Prevention, the HIV Medicine Association and the National Institutes of Health recommended routine testing for hepatitis C in people with HIV in 2009. In 2015 CDC recommended that people with HIV should be screened annually if they were at high risk of acquiring hepatitis C.

There is little information about how well this guidance is being implemented in the United States, especially among people at higher risk of hepatitis C acquisition.

The HIV Outpatients Study follows people with HIV receiving HIV care at nine clinics in six large US cities. This analysis looked at all gay and bisexual men receiving at least two years of care at a participating clinic between 2011 and 2019. It excluded people who inject drugs or people who had already tested positive for hepatitis C antibodies.

The study population consisted of 1829 men with HIV, predominantly non-Hispanic White (64%) or Black (22%). Most participants (69%) were aged 40 or over and had private health insurance (64%). Just over half of the study population had been diagnosed with HIV before 2000 (51%) and 83% were already taking antiretroviral treatment at the beginning of the study period.

After controlling for these factors, the investigators found no racial or ethnic difference in testing rates.

The study investigators say that four factors probably contribute to the low annual testing rate. They need to be addressed to improve implementation of hepatitis C testing recommendations among gay and bisexual men:

The investigators recommend that a comprehensive history should be taken to identify people at high risk of hepatitis C acquisition at each clinic visit. Anyone reporting risk factors at a clinic visit should be offered a test for hepatitis C on that visit.