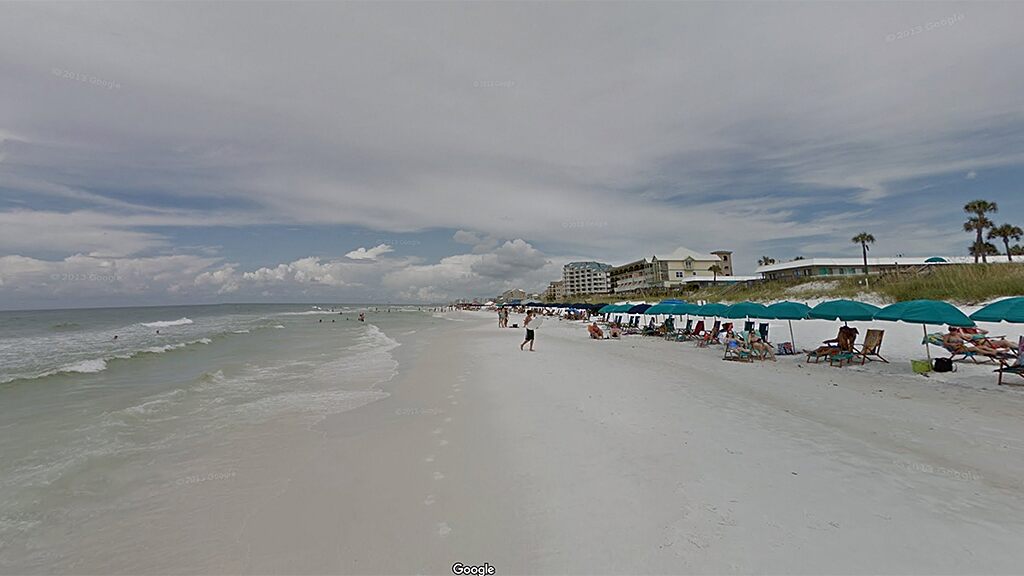 An Indiana mother has shared photos of her 12-year-old daughter’s frightening encounter with flesh-eating bacteria following the family’s trip to Florida earlier this month.

Michelle Brown said her family had arrived in Destin amid a couple of days of stormy weather on June 7. They eventually visited Pompano Beach on June 9, but Brown said they had only waded in the water up to their ankles due to a strong undertow, large waves and “murky” conditions.

In a Facebook post written June 24, Brown claims that on June 10, Kylei began complaining of pains in her leg that she thought were a muscle strain. Despite slight improvement throughout the day, Brown said the pain progressed on Tuesday to the point where Kylei could only walk using her toes, and by Wednesday, the preteen was in tears from pain.

Brown said that her daughter was in the doctor’s office at home in Indiana with a concerning amount of pain by Thursday at 11 a.m., and by that afternoon, she was at Riley Hospital for Children with a fever, swelling and a red line running down her calf.

“Everything started going downhill quickly, because to sum things up, she had contracted a bacteria somehow that had already turned into an infection,” Brown wrote. “It was an aggressive infection and has already spread up her leg to her thigh.”

Brown said her daughter was admitted to the pediatric intensive care unit and given several IVs in an attempt to stabilize her heart rate and blood pressure. When a blood clot was ruled out, doctors realized they were dealing with Necrotizing Fasciitis, also known as flesh-eating bacteria. Emergency surgery followed and doctors secured a wound vac to her leg in an attempt to suck out the infection.

Read More:  What acne says about your health

“We learned Kylei had a very serious infection and the surgery to remove the infection was to try to save her leg, but most importantly her life,” Brown wrote. “She developed septic shock. She had a second surgery. She improved some and we were able to leave PICU and to a regular room and floor. She had a 3rd surgery, which they didn’t find any more infection so they closed it, placing the wound vac to suction anything that may seep out of the incision.”

According to Brown, her daughter’s condition worsened the next day and she needed four different antibiotics to fight the infection. A week after being hospitalized, Kylei was finally well enough to go home.

Necrotizing fasciitis is a rare bacterial infection that spreads quickly in the body and can cause death, according to the Centers for Disease Control and Prevention (CDC). Rapid antibiotic treatment and surgery to remove the infection are crucial in treatment. Even with treatment, up to 1 in 3 people diagnosed with the infection die.

“Kylei is doing better and stabilized, but she is still sick and we have a long road of recovery to go,” Brown wrote. “We are taking oral antibiotics as well as IV antibiotics 3 times a day, and pain meds every four hours.”

Brown said she believes her daughter contracted the infection through a scrape on her toe, which was exposed to the water during their trip to the beach on vacation. She said seeing other families on vacation enjoying the beach prompted her to share her daughter’s plight so that others are aware.

Read More:  Why acne during pregnancy

“We will have numerous doctors visits, physical therapy and blood work to continue, but all that matters is my girl is ALIVE,” Brown wrote, in part. “I wanted to share her story in hopes that it may help save someone else. It is CRITICAL to be aware of the signs and symptoms and getting treatment quickly.”

The Florida Department of Health in Broward did not immediately respond to a FoxNews.com request for comment on Brown’s claims. However, Florida health officials do encourage residents and tourists to check the Florida Healthy Beaches Program to ensure water quality before heading out.