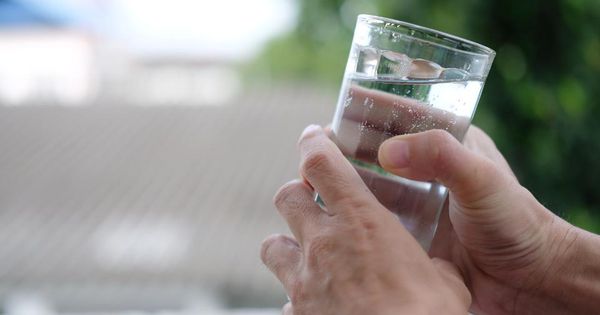 You may want your YouTube video to go viral. But you don’t want your drinking water to do so, if the viral part of it is norovirus. That’s why a research team from the University of Arizona is trying to “phone it in” when it comes to finding a way to quickly and inexpensively check water supplies for norovirus.

A publication in the journal ACS Omega described how the team has been developing a test that involves a piece of paper, some antibodies, some florescent material, a camera, and a smartphone. This may sound a bit MacGyver-ish, but the initial results reported by Soo Chung, Lane E. Breshears, Sean Perea, Christina M. Morrison, Walter Q. Betancourt, Kelly A. Reynolds, and Jeong-Yeol Yoon sound real-world promising.

This American Chemical Society video describes how the test is supposed to work:

As you can see, the test procedure begins by first soaking a special type of paper with a sample from the water source. Next, you add antibodies against norovirus to the paper. These antibodies are labeled with fluorescent material so that they can be seen more easily, since antibodies are really, really small. The antibodies then should attach themselves to any norovirus particles that may be present in the paper. A camera attached to a smartphone can then take a picture of the paper and send the image to a smartphone app that can then use algorithms to analyze the fluorescent patterns seen in the picture.

The research team tested this test using samples of water known to have norovirus in them. They found that the test was able to detect norovirus even when the concentration was as low as 1 genome copy per μL in dei-onized water and 10 genome copies per μL in reclaimed wastewater.

Being able to detect very low concentrations of norovirus is important because the virus is so contagious and can be very difficult to inactivate or kill. Just 10 virus particles may cause illness, according to the European Centre for Disease Prevention and Control (ECDC). That’s why you can readily catch norovirus from anything that has touched the vomit or poop from someone with the infection even after it has been supposedly cleaned.

Therefore, even very low levels of norovirus in your drinking water can be a problem. As a publication in the Journal of Infectious Diseases indicated, there have been reports of norovirus appearing in wide range of water sources including surface water, groundwater, drinking water, and mineral water. Sewage system malfunctions and overflows as well as storm runoffs can help poop-contaminated water enter different drinking water sources. These situations won’t go over well particularly if you drink from wells. Private wells can be particularly susceptible to such contamination. In fact, the CDC has a special web page entitled, “Noroviruses and Drinking Water from Private Wells.”

How do you protect yourself against such contaminated water without a test to know what water may contaminated? Well, filters may help you on Instagram but they won’t do anything about norovirus in your water. The virus is simply too small and can get through most available filters. Assuming that you don’t have a fully stocked laboratory in your house, really the only way to inactivate or kill the virus is to boil contaminated water for at least one minute (three minutes if you at an elevation of greater than 6,500 feet above sea level). Boiling everything you drink can be highly impractical. You have to wait for it too cool down before consuming it (please do so). Plus, boiled ice cubes don’t work so well.

All of this suggests that a quick and low cost test for norovirus could be quite helpful. I’ve already given the poop on how norovirus is a very common cause of nausea, vomiting, abdominal pain, and diarrhea infections, leading to around 700 million cases of gastroenteritis, over 200,000 deaths, and over $ 60 billion in associated costs each year. The results from the University of Arizona team are promising but more testing of the test is needed. Just because a test works in a laboratory when performed by the developers of the test using specifically chosen samples doesn’t mean that it will work in the real world where conditions and situations can be a lot more variable.

Just like you would have trouble marketing a karaoke machine that only works if you sing like Adele, the research team has to see if other people can perform the test accurately and effectively. The use of the test will depend heavily on how easy it is too use and how reliable it may be in producing consistent results.

Moreover, water is not the same everywhere. It can include different minerals, compounds, and other contaminants and be at different temperatures. Plus, people pronounce water very differently in different places, which doesn’t really affect the test or its performance but can affect how you say, “this water has poop virus particles in it.”

Additionally, the team will need to better characterize the test’s sensitivity and specificity. A test’s sensitivity is not how Emo the test is, but is its true positive rate (TPR). This would be the percentage of times a sample that actually has norovirus in it comes back as positive. A false negative is when the test result is negative even though norovirus is present. In this case, a negative test result offers inappropriate reassurance that the water is safe with the result being poop and puking that could have been avoided. Naturally, you’d want sensitivity to be 100% but no test is that perfect.

The test’s specificity is important as well. Otherwise known as the true negative rate (TNR), sensitivity is the percentage of times the test registers a negative result when the sample doesn’t have norovirus. False positives, when the test is positive for norovirus even though no norovirus is actually present, can end up being false alarms, wasting time and resources in responding to the positive test result. The more often false positives (i.e., when the test is positive but no norovirus is actually present) occur, the lower the specificity of the test.

Again, very few things in life that aren’t avocado toast are perfect. The big question is how imperfect would this test be under varying circumstances?

The performance of the test will eventually determine how, where, and when the test is used if it eventually reaches the real world. Time will tell whether such a test will even reach the real world and, if so, whether it could be used just exclusively by water monitoring professionals or more broadly. Who knows, maybe some day you can be at a restaurant and say, “everything looks great, except for the poop-associated norovirus that’s in the water.”