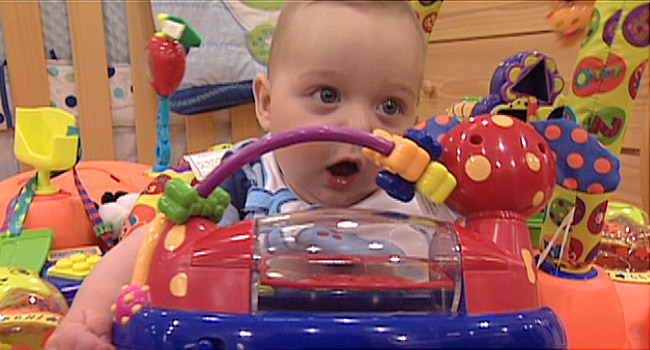 FRIDAY, April 12, 2019 (HealthDay News) — About 100 kids a day are rushed to U.S. emergency rooms after accidentally swallowing a toy piece, battery, magnet or other foreign object, according to new research.

“The sheer number of these injuries is cause for concern,” said Dr. Danielle Orsagh-Yentis, lead author of the study published in the May issue of Pediatrics.

It reported that ER visits among kids under age 6 due to accidental ingestion rose by an average of more than 4% every year between 1995 and 2015.

Over that period, an estimated 800,000 kids in that age group were treated after swallowing foreign objects. Coins are the main culprit, followed by jewelry, batteries and toy parts.

So, what the reason for the surge — an actual rise in accident rates or are experts simply getting better at logging and reporting such accidents?

While the jury is still out, Orsagh-Yentis said, the answer is probably both.

Some products investigated — particularly the small circular batteries known as “button batteries” — are increasingly being used around the house or have become more readily available to consumers, she said. And, she added, it’s likely that the nationwide injury surveillance system is capturing more cases than before.

Orsagh-Yentis is a pediatric gastrointestinal fellow at Nationwide Children’s Hospital in Columbus, Ohio.

For the study, her team reviewed data on nearly 30,000 swallowing cases, then developed nationwide estimates.

Most cases — 62% — involved 1- to 3-year-olds, a time when kids are naturally curious about their surroundings and learn about it by putting things in their mouths. In all, 1-year-olds accounted for more than 21 percent of ER cases.

Just over half (53%) of the cases involved boys. And coins — most often pennies — were the most commonly swallowed object, accounting for almost 62% of accidents.