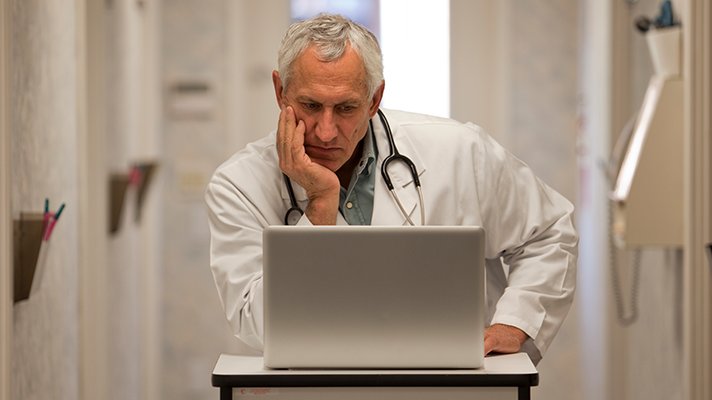 The Medical Group Management Association is the latest industry group to offer feedback to the Office of the National Coordinator for Health IT and Centers for Medicare and Medicaid Services about their proposed interoperability rules.

WHY IT MATTERS
MGMA has big concerns about the cost, administrative burden the rules could put on physician practices, as well as the security risks they might might pose for patients.

Specifically, the group says the requirements around API connectivity and their prohibition on information blocking will be too onerous for physician practices.

And while it says it agrees with ONC and CMS on their goals of boosting patient access to health information, MGMA says it’s concerned that the rules as drafted could pose privacy and security risks to that data.

“ONC has proposed an extremely ambitious set of requirements for physician practices and health IT developers,” said the group in its letter to National Coordinator for Health IT Donald Rucker, MD. “Our hope is that interoperability, if appropriately implemented, will permit physician practices and other care providers to gain quicker access to more accurate and pertinent patient information. This transformation could lead directly to enhanced efficiency and improved clinical performance.”

But instead of what it called “inflexible mandates,” the group – which represents more than 40,000 medical practice leaders – wants federal agencies to give physicians the latitude “to use their professional and clinical judgment to ensure patient data is both accessible and secure.”

THE LARGER TREND
As the June 3 due date for comments to ONC approaches, feedback to ONC and CMS has been rolling in. For instance, in its letter today to CMS Administrator Seema Verma, The Pew Charitable Trusts expressed support for the rules, but offered an array of other suggestions – such as more work on exchange of hospital ADT notifications for care coordination, collaboration with ONC to improve patient matching rates, new innovation models to spur interoperability, potential revisions to payment policies to support the use of APIs and more.

Yesterday, we reported on the HIMSS EHR Association, which has signaled its deep concerns about the “tremendously broad reach of the proposed rule,” which it says is too loosely defined, has too tight a timeline for compliance and could stifle innovation by requiring vendors to share too much intellectual property.

And AMIA has also filed its comments, highlighting the concerns of clinical informatics professionals. It called on ONC to “flip the paradigm” of consumer access – “share now, standardize as needed” – as it finalizes the what the group calls the “most consequential” set of healthcare policies since meaningful use.

ON THE RECORD
As for MGMA, Anders Gilberg, its senior vice president of government affairs, said the group is “concerned that the proposed approach goes too far, too fast.”

He explained that mplementing sweeping new requirements under an overly aggressive timeline may be counterproductive. The proposed mandates would risk compromising the security of patient data and increase administrative burden and costs for physician practices. These unintended consequences are at odds with the Administration’s push to put patients over paperwork.”

Healthcare IT News is a publication of HIMSS Media.