In a previous column, I addressed some of the issues that quickly arose in the context of the COVID-19 pandemic and their implications for reproductive psychiatry. These issues ranged from the importance of sustaining well-being in pregnant and postpartum women during the pandemic, to temporary restrictions that were in place during the early part of the pandemic with respect to performing infertility procedures, to the practical issues of limiting the number of people who could attend to women during labor and delivery in the hospital.

Five months later, we’ve learned a great deal about trying to sustain emotional well-being among pregnant women during COVID-19. There is a high rate of anxiety among women who are pregnant and women who have particularly young children around the various issues of juggling activities of daily living during the pandemic, including switching to remote work and homeschooling children. There is fear of contracting COVID-19 during pregnancy, the exact effects of which are still somewhat unknown. We have seen a shift to telemedicine for prenatal and postpartum obstetrics visits, and a change with respect to visitors and even in-home nurses that would help during the first weeks of life for some couples.

We wondered whether we would see a falloff in the numbers of women presenting to our clinic with questions about the reproductive safety of taking psychiatric medications during pregnancy. We were unclear as to whether women would defer plans to get pregnant given some of the uncertainties that have come with COVID-19. What we’ve seen, at least early on in the pandemic in Massachusetts, has been the opposite. More women during the first 4 months of the pandemic have been seen in our center compared with the same corresponding period over the last 5 years. The precise reasons for this are unclear, but one reason may be that shifting the practice of reproductive psychiatry and pregnancy planning for reproductive-age women to full virtual care has dropped the number of missed appointments to essentially zero. Women perhaps feel an urgency to have a plan for using psychiatric medication during pregnancy. They may also see the benefit of being able to have extended telemedicine consultations that frequently involve their partners, a practice we have always supported, but posed logistical challenges for some.

As our colleagues learned that we had shifted our clinical rounds at the Center for Women’s Mental Health, which we’ve been doing for 25 years, to a virtual format, we began offering a free 1-hour forum to discuss relevant issues around caring for psychiatrically ill women, with a focus on some of the issues that were particularly relevant during the pandemic. The most common reasons for consultation on our service are the appropriate, safest use of antidepressants and mood stabilizers during pregnancy, and that continues to be the case.

If there has been one guiding principle in treating perinatal depression during pregnancy, it has been our long-standing, laser-like focus on keeping women emotionally well during pregnancy, and to highlight the importance of this with women during consultations prior to and during pregnancy. Relapse of psychiatric disorder during pregnancy is one the strongest predictors of postpartum depression, and the impact of untreated depression during pregnancy has been described in the literature and over the years in this column. However, the implications of having severe relapse of a mood disorder, for example, such as depression or bipolar disorder during the pandemic, takes on a new context where we want to minimize, if possible, severe onset of illness requiring hospitalization or emergent attention considering it may make social distancing and some of the other mitigating factors vis-à-vis COVID-19 more challenging.

Despite the accumulated data over the last 2 decades on the reproductive safety of antidepressants, women continue to have questions about the safety of these medications during pregnancy. Studies show now that many women would prefer, if at all possible, to defer treatment with antidepressants, and so they come to us with questions about their reproductive safety, the potential of switching to nonpharmacologic interventions, and the use of alternative interventions that might be used to treat their underlying mood disorder.

Investigators at the University of British Columbia recently have tried to inform the field with still another look, not at reproductive safety per se, but at risk of relapse of depression if women discontinue those medicines during pregnancy.1 There is a timeliness to this investigation, which was a systematic review and meta-analysis of studies that met a priori criteria for inclusion. Since some of our own group’s early work over 15 years ago on relapse of psychiatric disorder during pregnancy,2 which indicated a substantial difference in risk of relapse between women who continued versus who discontinued antidepressants, other investigators have showed the difference in risk for relapse is not as substantial, and that continuation of medication did not appear to mitigate risk for relapse. In fact, in the systematic review, the investigators demonstrated that as a group, maintaining medicine did not appear to confer particular benefit to patients relative to risk for relapse compared to discontinuation of antidepressants.

However, looking more closely, Bayrampour and colleagues note for women with histories of more severe recurrent, major depression, relapse did in fact appear to be greater in women who discontinued compared with those with cases of mild to moderate depression. It is noteworthy that in both our early and later work, and certainly dovetailing with our clinical practice, we have noted severity of illness does not appear to correlate with the actual decisions women ultimately make regarding what they will do with antidepressants. Specifically, some women with very severe illness histories will discontinue antidepressants regardless of their risk for relapse. Alternatively, women with mild to moderate illness will sometimes elect to stay on antidepressant therapy. With all the information that we have about fetal exposure to antidepressants on one hand, the “unknown unknowns” are an understandable concern to both patients and clinicians. Clinicians are faced with the dilemma of how to best counsel women on continuing or discontinuing antidepressants as they plan to conceive or during pregnancy and in the postpartum period.

The literature cited and clinical experience over the last 3 decades suggests rather strongly that there is a relatively low likelihood women with histories of severe recurrent disease will be able to successfully discontinue antidepressants in the absence of relapse. A greater question is, what is the best way to proceed for women who have been on maintenance therapy and had more moderate symptoms?

I am inspired by some of the more recent literature that has tried to elucidate the role of nonpharmacologic interventions such as mindfulness-based cognitive therapy (MBCT) in an effort to mitigate risk for depressive relapse in pregnant women who are well with histories of depression. To date, data do not inform the question as to whether MBCT can be used to mitigate risk of depressive relapse in pregnant women who continue or discontinue antidepressants. That research question is actively being studied by several investigators, including ourselves.

Of particular interest is whether the addition of mindfulness practices such as MBCT in treatment could mitigate risk for depressive relapse in pregnant women who continue or discontinue antidepressant treatment, as that would certainly be a no-harm intervention that could mitigate risk even in a lower risk sample of patients. The question of how to “thread the needle” during the pandemic and best approach woman with a history of recurrent major depression on antidepressants is particularly timely and critical.

Regardless, we make clinical decisions collaboratively with patients based on their histories and individual wishes, and perhaps what we have learned over the last 5 months is the use of telemedicine does afford us the opportunity, regardless of the decisions that patients make, to more closely follow the clinical trajectory of women during pregnancy and the postpartum period so that regardless of treatment, we have an opportunity to intervene early when needed and to ascertain changes in clinical status early to mitigate the risk of frank relapse. From a reproductive psychiatric point of view, that is a silver lining with respect to the associated challenges that have come along with the pandemic. 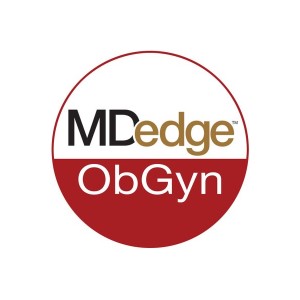 This article was originally posted to the ObGyn column on MDedge.com, copyright Frontline Medical Communications Inc., on August 28th, 2020.