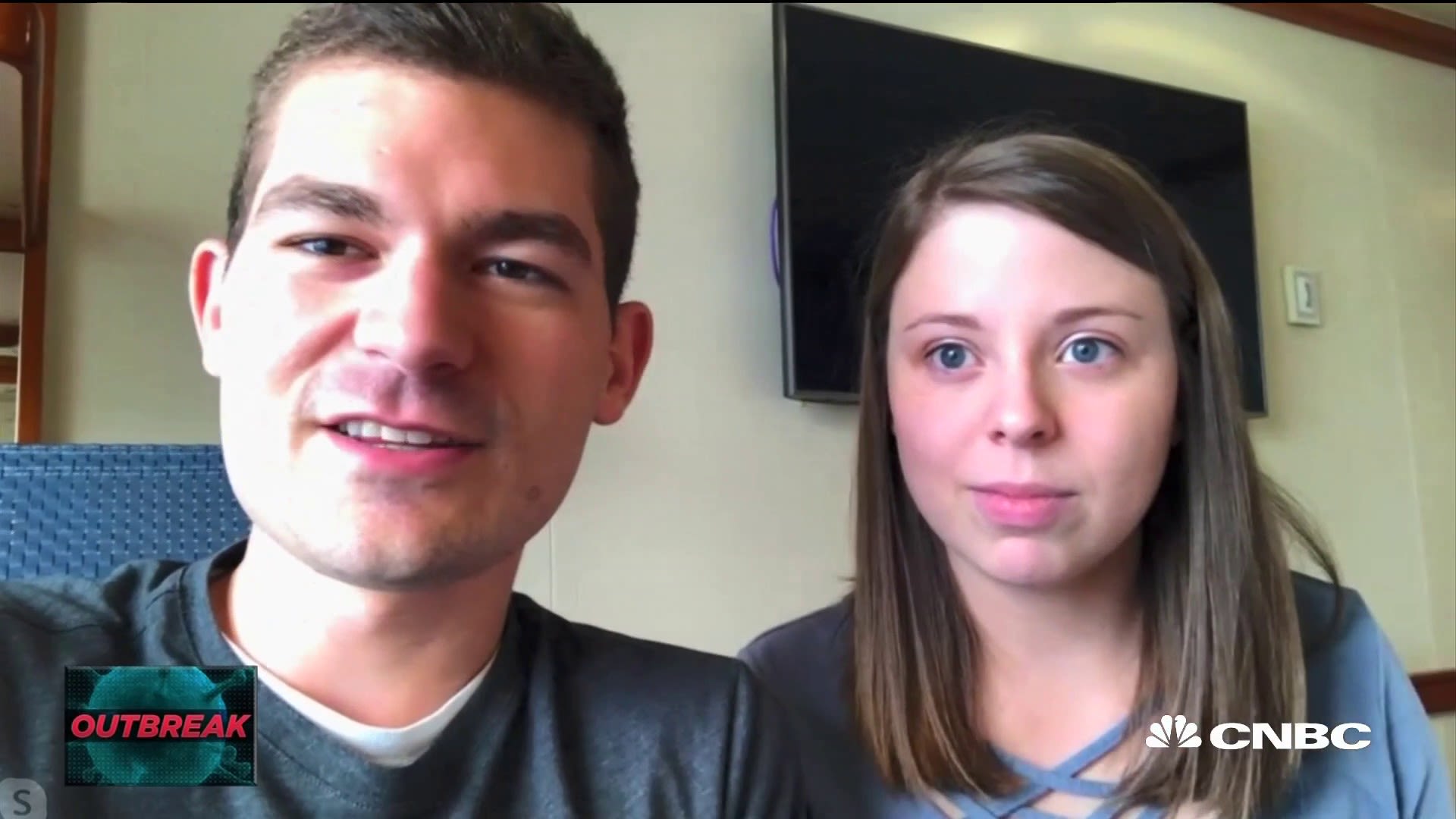 A newly married couple from Texas is stuck aboard the quarantined Diamond Princess cruise ship in Japan, but they are not letting it get in the way of their Valentine’s Day celebration.

Tyler and Rachel Torres, who tied the knot in September, say they are trying to stay optimistic after their honeymoon turned into an extended stay on the ship.

“We have a bottle of wine. We saved it the whole trip,” Tyler Torres, sitting alongside his wife Rachel of five months, said in a video aired on the network’s special “Outbreak” report that day. “Now we’re like: ‘It’s Valentine’s Day. We’re drinking it.'”

The luxury days on the ship are no more as passengers were instructed to stay in their cabins after a voyage through East Asia. While being holed up in their room for nine days after the cruise has ended, Rachel Torres joked that it feels as if they’d been married for 15 years.

“We’re also going to dress up for dinner tonight,” she said, while Tyler Torres showed off a Kit Kat bar they would share. “This is our honeymoon.”

Rachel Torres said the trip was fun, until the quarantine came. She is counting the days to be able to disembark the cruise ship on Wednesday, but her experience has since declined into a “roller coaster” as the optimism waned.

“Yesterday, hearing the news from the chief medical officer that [February] 19th may or may not be the date we get out and [it] kind of scared me a little bit,” she said.

Guest diagnosed with the disease have been removed from the ship and isolated in a Tokyo hospital. Passengers were told on Wednesday that they would be able to unboard the ship voluntarily and complete the quarantine period at a facility on land. Older guests and the most medically vulnerable people will be given priority.

China’s National Health Commission said that as of Friday that there have been almost 66,500 cases and more than 1,500 deaths in the country from the coronavirus. The virus originated in the Hubei province city of Wuhan in December. There are almost 67,000 cases worldwide.

Still, Tyler and Rachel Torres plan on cashing in on a free trip that the company is offering affected guests. The couple plan to make it a honeymoon part two.

“They gave us a free cruise after this and we’re going to take it,” Tyler Torres said.