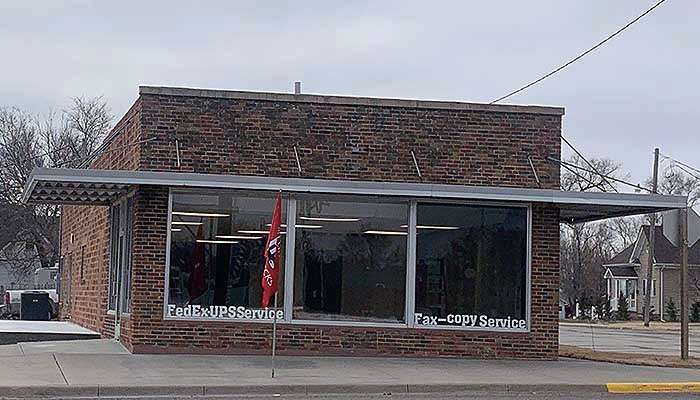 The new Paradise Roots Pharmacy buildings at 101 E. Main St. in Hill City is still under renovation, but should be open in January.

HILL CITY — A young pharmacist will be opening a new pharmacy in Hill City, preserving the only pharmacy service in Graham County.

Kylee Shae, PharmD, has been working for the past nine months at Wise Drug, which has been operated by Steve Mayo for 37 years. In November, Shae purchased the building at 101 E. Main St. in Hill City and started renovations.

Shae will open Paradise Roots Pharmacy in early January at the new location and assume Mayo’s clients. All of the current employees for the pharmacy will make the transition to Shae’s ownership.

Shae said all of the medical records also will transfer to the new pharmacy. She will be working with Mayo to ensure a smooth transition, and the pair hopes to avoid any interruption in service.

Mayo will continue to stay on as a relief pharmacist for Shae even after the transition is complete. 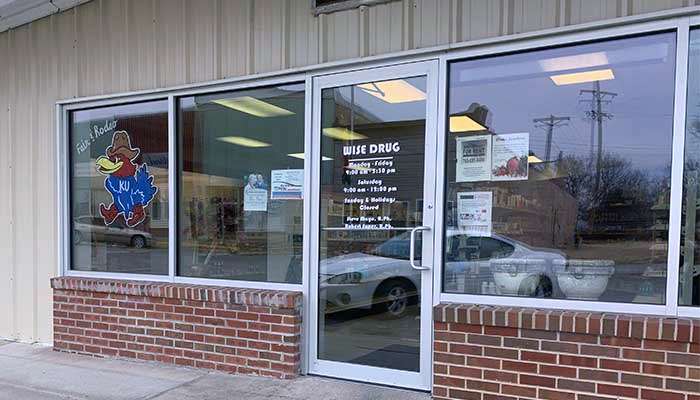 Pharmacist Kylee Shae will be assuming the clients of Wise Pharmacy at her new business Paradise Roots Pharmacy.

Shae is originally from Plainville, the daughter of two struggling parents, and said she knew early on that she wanted to be a pharmacist and own her own pharmacy in rural northwest Kansas. She started working at Plainville’s Unrein Drug in high school under then-owner Keith Unrein.

“Both Keith and Steve [Mayo] taught me how important each customer is and how vital a pharmacy is to a small community,” she said in a news release. “I love the personal connection with each customer, knowing everyone by name and being able to help them better their health while hopefully making their day just a little bit better when they come in.

“I want to convey that they are in the best hands each time they come in. I ensure you that Paradise Roots Pharmacy will continue the excellent service you receive and expect from Wise Pharmacy.”

The name Paradise Roots came from Plainville, which was called Paradise Flats when it was first settled. Both Shae and Mayo are originally from Plainville. Shae said she also wanted to show appreciation for her roots in northwest Kansas.

“I have always thought of northwest Kansas as its own kind of paradise,” Shae said. “I am so happy to be getting out of eastern Kansas and coming back to my roots. I want to put a foundation down in the community and get more involved and put roots down to keep building and growing.”

Shae received her undergraduate degree from Fort Hays State University and graduated from KU Pharmacy School in May 2019. She had spent time at Wise Drug during several of her pharmaceutical rotations and went to work there after graduation.

Looking to cut back a little, Mayo and Shae had many discussions about transitioning to new ownership while continuing to work together. Mayo wanted to be sure whoever would be in charge of his store would fit into the community well, take care of his customers as well as he has, and know how to handle a northwest Kansas lifestyle, the duo said in a news release.

Shae is planning to expand services to provide same-day delivery to not just Hill City but all customers in a 25‐mile radius, including Plainville, offering a service for area customers who have had to make special trips or rely on the postal service.

“I saw how much delivering helped my dad who has StageIV cancer,” Shae said. “There are so many trips to the doctor’s offices for lab work, chemo, etc. Taking the drugstore out of their to-do list helps him tremendously and lets him get even more rest.

“So if that can help him that much, why not add even more patients and communities to that list.”

Shae also plans to provide immunizations, such as flu and shingles vaccines.

Medication synchronization will allow customers to pick up or have delivered all of their ongoing medications on the same day. Automatic refills and compliance packaging, which is blister packages for people who take multiple medications multiple times per day, will be offered.

For the first time, the pharmacy in Hill City will offer notifications that medications are ready via text messaging. You can also receive notification through phone calls.

Shae said the goal of the changes is to customize patient services to make receiving and taking medications more convenient.

Remodeling is still underway at the new location at 101 E. Main St. Shae said she hoped to have the renovations complete by the end of December and the pharmacy open in the new location in January.

“We are all looking forward to a new space and a facelift for the pharmacy. It is much needed after 30-some odd years,” she said.

Hours at the new pharmacy will be 9 a.m. to 5:30 p.m. Mondays through Fridays and 9 a.m. to noon. Saturdays. The store is working on a website, but it is not yet available.