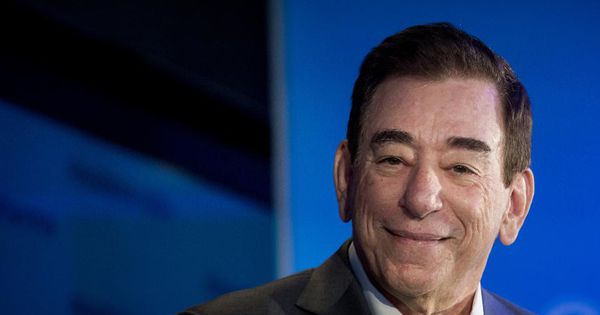 Homozygous familial hypercholesterolemia (HoFH) is an insidious disease. People so afflicted are born without low density lipoprotein (LDL) receptors – the receptors that are responsible for clearing this atherosclerosis causing protein through the liver. People with HoFH have cholesterol levels five times that of a normal person and, as a result, are prone to heart attacks and strokes at an early age. In fact, according to the FH Foundation, HoFH causes narrowing and blocking of blood vessels even before birth.

HoFH must be treated aggressively. LDL apheresis, which involves cleansing a patient’s blood of LDL-cholesterol (LDL-c), is performed at least every other week. In addition, drugs that reduce cholesterol absorption like ezetimibe or that prevent the body from synthesizing LDL particles are used. (Statins are ineffective as their activity requires a patient to have some level of LDL receptors.) Despite such aggressive treatment, HoFH patients have a dramatically reduced life expectancy.

However, scientists at Regeneron have stepped up to the plate and have discovered a new drug, evinacumab, that is effective in treating HoFH. Evinacumab, an intravenous antibody therapy, blocks the effects of a protein known as angiopoietin-like protein 3 (ANGPTL3) – a protein which blocks lipoprotein lipase and endothelial lipase from their ability to regulate lipid metabolism. By blocking ANGPTL3, evinacumab enables the lipid regulating proteins to reassert their effects and lower LDL-c – dramatically. As reported by Matt Herper and Damian Garde, evinacumab lowered LDL-c in HoFH patients by an average of 47% (vs. a 2% increase in patients on placebo). Furthermore, evinacumab produced a 132mg/dL absolute change in LDL-c with 47% of patients on drug achieving LDL-c levels below the recommended level of 100mg/dL.

The Regeneron scientists did a terrific job with this program from the early identification of the ANGPTL3 protein, to the discovery of a new antibody to test their scientific hypothesis, through to executing a milestone clinical trial. Their work will be life changing for the 1,300 HoFH patients in the U.S. as well as the others with this disease around the world.

But, in this day and age, the first question asked about a new miracle drug is “How much will it cost?” Regeneron hasn’t revealed their pricing thoughts yet. But this is a rare disease and the evinacumab program began 20 years ago. Surely, Regeneron expects to get a significant financial return on this drug.

Regeneron has experience in pricing novel anti-atherosclerosis drugs. In 2015, it launched (in a partnership with Sanofi) Praluent, a PCSK9 inhibitor, at a price of $ 14,600/year. But sales of Praluent sputtered as payers put up tremendous resistance for reimbursing such a costly drug that could be prescribed for not 1,300 patients but millions. Eventually, thanks in part by competition with another PCSK9 inhibitor, Repatha (Amgen), the list prices of these drugs have dropped to roughly $ 4,500/year. However, despite the fact that both companies have carried out billion dollar cardiovascular outcome studies to prove that PCSK9 inhibitors reduce heart attacks and strokes in patients with cardiovascular disease, sales of Praluent and Repatha remain disappointing because payers continue to put up high hurdles to justify the need for PCSK9 treatment as opposed to the use of generic statins.

So, how will Regeneron price evinacumab? HoFH patients cost the health care system at least $ 8,000/month for apheresis, so by eliminating the use of this procedure the system saves $ 96,000/year. Ezetimibe is now generic and its yearly cost is minimal – at about $ 100/year (in the U.S. not Canada!). Drugs that block liver synthesis of LDL-c, like Juxtapid, carry a list price in the area of $ 300,000. Given how evinacumab is superior to apheresis in improving a patient’s quality of life, one can easily justify a price in excess of $ 100,000. But will Regeneron flirt with a Juxtapid type of price? Or will their Praluent experience result is a price close to $ 150,000? At the latter, even if ALL 1,300 U.S. patients were allowed access to evinacumab, yearly revenues would be less than $ 200 million – not in the range that impresses investors.

When announcing the evinacumab clinical results, Regeneron president, George Yancopoulos, said that these data boded well for another ongoing study targeting severe, refractory hypercholesterolemia. Presumably, Regeneron would look to expand the potential patient population for evinacumab by being able to include patients for whom Praluent isn’t sufficient for lowering high LDL-c in people with the heterozygous form of familial hypercholesterolemia (HeFH). But successful results in this patient population might prove to be a mixed blessing. Praluent has the advantage of proving it reduces heart attacks and strokes in patients with cardiovascular disease thanks to Regeneron’s aforementioned CV outcome study. The FDA might well approve an expanded use of evinacumab in severe HeFH patients (assuming, of course, that it is approved for HoFH), but how will payers respond? Will they require proof that evinacumab is better that Praluent before allowing the former on their formularies? After all, Praluent would likely be dramatically cheaper than any contemplated price for evinacumab. However, proving evinacumab superiority would necessitate an expensive CV outcome study. Would the eventual commercial expansion justify the cost of such a study?

The Regeneron scientists did a great job in getting evinacumab on the threshold of approval for HoFH patients. These patients will be forever grateful to them. However, will investors be moved by the launch of this drug whose commercial viability is suspect? Great science doesn’t always generate great returns.