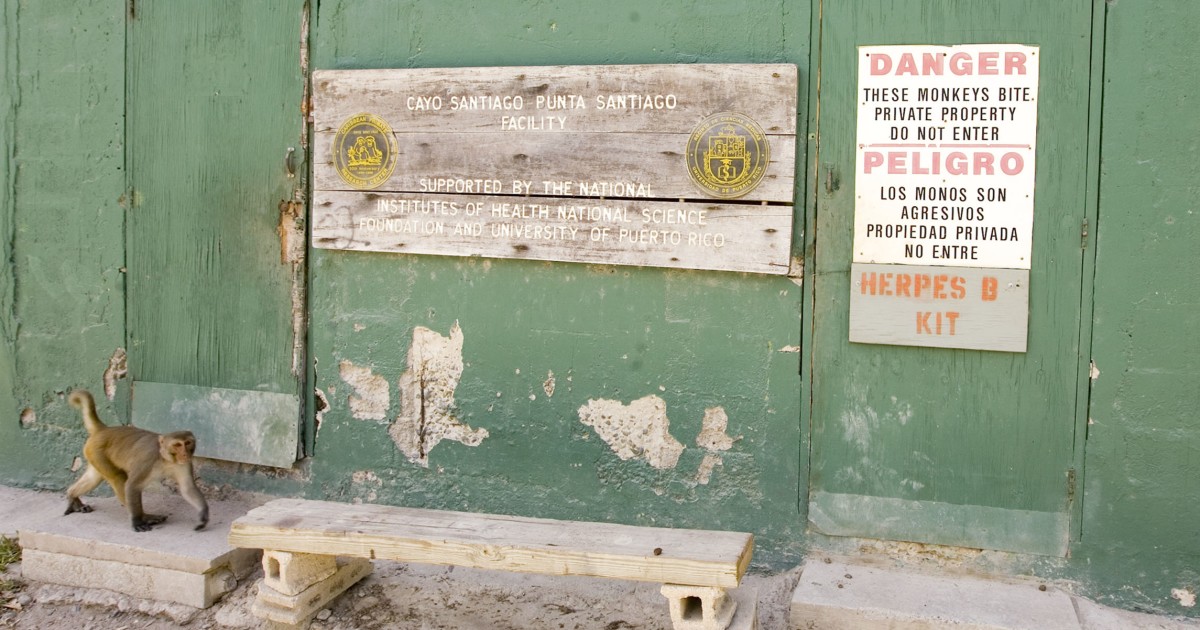 Big Government lobbyists and entrenched bureaucrats are predictably hysterical about a common-sense congressional push to improve transparency and accountability about wasteful taxpayer-funded monkey experiments. They’re worried that once Congress sees how the National Institutes of Health squanders billions in public money each year on so much monkey business, lawmakers might tighten the purse strings.

One solution to help these monkey abusers avoid some of that pesky public accountability they despise: Find your own funding in the private sector.

Here’s what they don’t want you to know: NIH has recently wasted $ 11 million to stress baby monkeys and turn them into alcoholics, $ 4 million to feed monkeys unhealthy diets to induce heart disease, $ 19 million to destroy parts of monkeys’ brains so that they can’t recognize faces, and, as part of a $ 30-million-plus program, they drilled into monkeys’ skulls to study how their brains respond to musical sounds.

Sadly, these absurd studies are the rule, not the exception. One NIH-awarded expert estimates that 87.5% of biomedical research — especially animal testing — is “wasteful and inefficient.” Yet because of a lack of accountability, NIH-funded primate testing is expanding at a time when there’s more evidence than ever that it’s unproductive and a growing majority of taxpayers reject the practice.

In its 2020 NIH spending bill, Congress is requesting a report on the costs and other details of primate experiments. This demand for transparency is getting pushback, and it’s not hard to see why. In 2017, one-third of the $ 26 billion the NIH doled out in grants was spent on so-called “indirect costs” like electric bills, furniture, housekeeping, maintenance and libraries, including at universities with $ 10-billion-plus endowments. President Trump has rightly targeted these slush funds as an area where reforms are badly needed, but he has met resistance on the Right and the Left.

Read More:  Adult Acne: What Makes It Different & How to Clear Your Skin - Greatist

The way Uncle Sam does science stands in stark contrast to the free market, which does not tolerate the kind of waste and inefficiency. This is why industry is responsible for most medical innovation in the U.S., even though the government outspends private companies on animal testing, 2-to-1. While increasing research and development spending, the pharmaceutical sector has cut its animal testing dramatically over the last decade because of its cost and ineffectiveness. Industry and philanthropists like billionaire PayPal co-founder Peter Thiel have been a driving force behind technological innovations like human organs-on-a-chip that are making animal tests even more obsolete and science even more productive.

If private companies and philanthropists like the Gates Foundation (which grants $ 5 billion a year) want to waste their money on nonsense like remixing monkeys’ vocalizations to simulate what it’d sound like for them to say “Will you marry me?” in English or comparing drool from gorillas and humans — and these are real examples of taxpayer-funded studies — then that’s their prerogative and their problem. But I bet they don’t. If they do, Americans at least have the option to boycott or otherwise ostracize them. They don’t have this option when government resorts to secretive, forced taxpayer-funded animal testing.

Taxpayers have a right to know how their money is being spent, and they should not be forced to foot the bill for more than $ 15 billion in wasteful animal experiments they don’t like, they don’t want, and they don’t need.

Read More:  14 Everyday Mistakes That Are Aging Your Hair