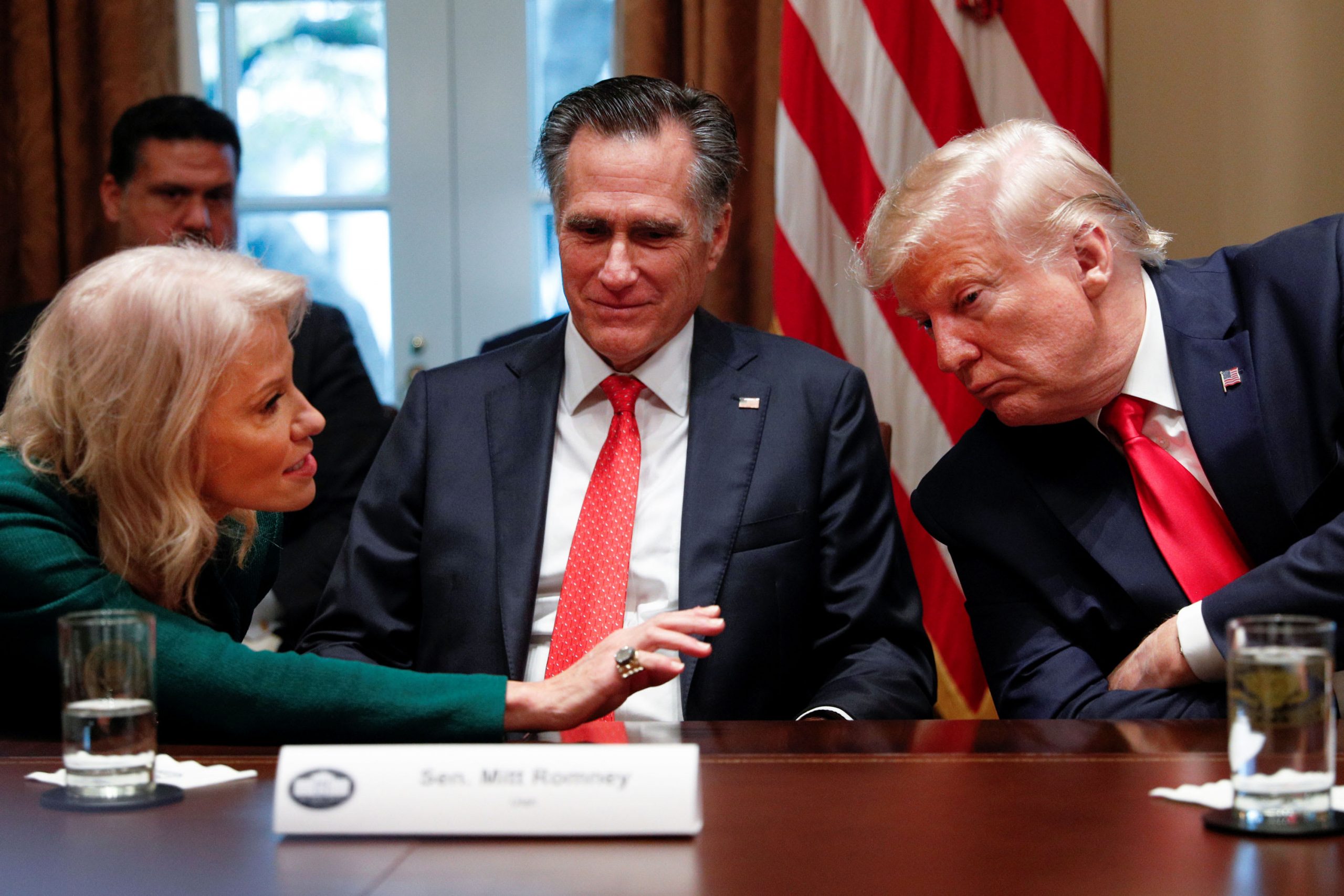 From left: White House counselor Kellyanne Conway speaks to Senator Mitt Romney (R-UT) and President Donald Trump, during a listening session on youth vaping and the electronic cigarette epidemic inside the Cabinet Room at the White House in Washington,, November 22, 2019.

The White House, grappling with the outbreak of a deadly lung disease associated with vaping, has been holding daily meetings on the issue for over two weeks, according to a senior administration official.

President Donald Trump is expected to participate in the final meeting of the year on the public health emergency sometime before Christmas, the administration official said.

The daily meeting typically occurs in the Roosevelt Room in the White House West Wing, and is open to Health and Human Services officials, senior administration officials and junior aides who may have an interest in the issue.

First Lady Melania Trump is also playing a role in shaping the administration’s response. “She has said she wants to be involved,” the official said.

Trump in September called for a ban on flavored e-cigarettes but backed off over concern about job losses at the thousands of vape shops nationwide and potential voter backlash. The White House has been under pressure from both vaping advocates and health groups to take action.

Concerns about e-cigarettes peaked over the summer amid an outbreak of a deadly vaping-related illness. The Centers for Disease Control and Prevention reported in early December that 52 people have died from the disease and 2,409 people have been hospitalized. Health officials have since narrowed their focus on THC vaping products.

Juul has suspended advertising in the United States and paused sales of all but two flavors.

In October, the FDA warned people to avoid using vaping products containing chemical THC and not to buy or use vaping products from “unknown sources” or “any kind obtained off the street.”

Dank Vapes is the most commonly used THC product among patients who developed a deadly vaping illness, though it’s “unlikely” that a single brand caused the national outbreak, the CDC said on Dec. 6.