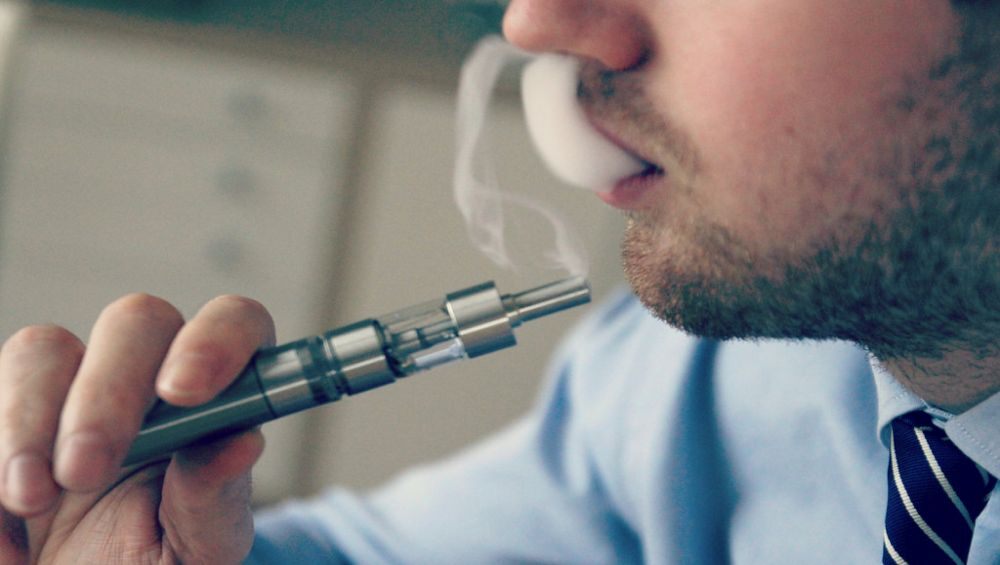 New York, December 5: An e-cigarette user has been diagnosed with a rare form of lung scarring typically found in metal workers, says a new study. Doctors diagnosed the patient with hard-metal pneumoconiosis, a rare form of lung disease that causes irreparable damage, persistent coughing and breathing issues. It is typically diagnosed in people who work with ‘hard metals’, such as cobalt or tungsten, in jobs like tool sharpening, diamond polishing or making dental prosthetics. According to the study, published in the European Respiratory Journal, this is the first known case where the disease has been linked to vaping.

“Hard-metal pneumoconiosis is diagnosed by looking at a sample of patient’s lung tissue under the microscope. It has a distinctive and unusual appearance that is not observed in other diseases. When we diagnose it, we are looking for occupational exposure to metal dust or vapour, usually cobalt, as a cause,” said study researcher Kirk Jones from University of California in the US. Vaping in Wedding Photos Is the Latest Dangerous Trend Going Viral (View Pics).

“This patient did not have any known exposure to hard metal, so we identified the use of an e-cigarette as a possible cause,” Jones said. Hard-metal pneumoconiosis causes damaged lung cells to engulf other cells and form ‘giant’ cells that can be seen clearly under a microscope. It can result in permanent scarring in patients’ lungs with symptoms such as breathing difficulties and chronic coughing.

This scarring cannot be cured, although some patients may have mild improvement if the exposure to hard-metal dust stops and they are treated with steroids. When researchers tested the patient’s e-cigarette, a personal vaping device used with cannabis, they found cobalt in the vapour it released, as well as other toxic metals – nickel, aluminium, manganese, lead and chromium.

Previous research has also found these metals in vapour from other e-cigarettes and researchers say they believe the metals are coming from the heating coils found in vaping devices, rather than from any particular type of re-fill.

“Exposure to cobalt dust is extremely rare outside of a few specific industries. This is the first known case of a metal-induced toxicity in the lung that has followed from vaping and it has resulted in long-term, probably permanent, scarring of the patient’s lungs,” said Indian-origin reasearcher and study co-author Rupal Shah from the University of California.

“We think that only a rare subset of people exposed to cobalt will have this reaction, but the problem is that the inflammation caused by hard metal would not be apparent to people using e-cigarettes until the scarring has become irreversible, as it did with this patient,” Shah added.

“E-cigarettes are harmful, they cause nicotine addiction and can never substitute for evidence-based smoking cessation tools,” said Jorgen Vestbo, Professor at University of Manchester in UK. “The medical profession as well as the public should be concerned about a new wave of lung diseases caused by a product which is heavily promoted by the tobacco industry,” Vestbo said.