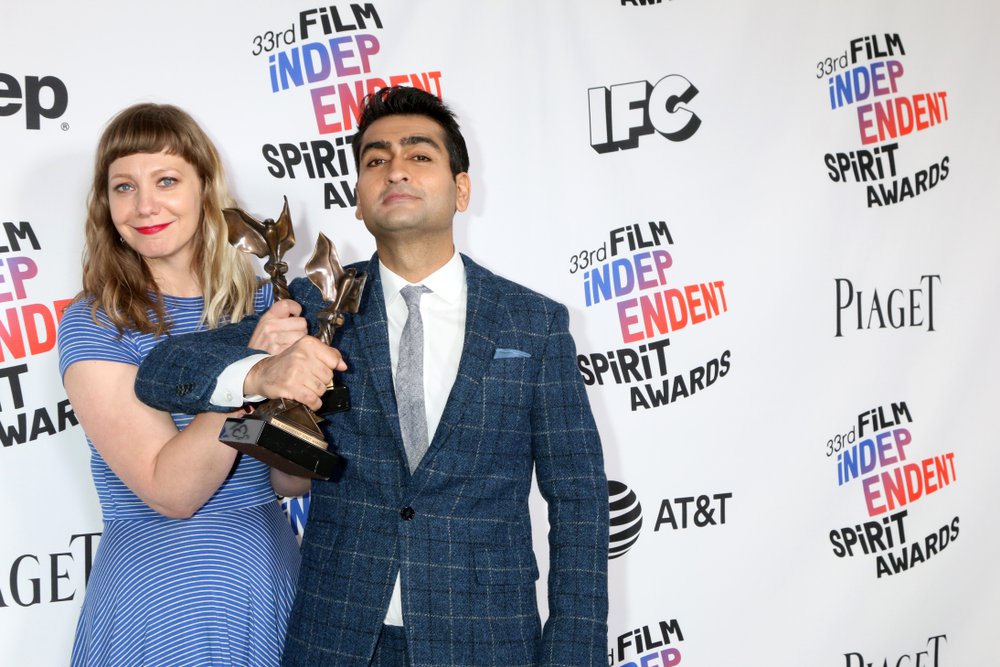 “The Big Sick” is an intimidating name for a movie. I never know what to think when “sick” is used as a noun. Does it mean vomit? Are we referring to ailing people? Just as the name doesn’t give you much insight, neither does the beginning of the film. It has nothing to do with illness. It’s about a Pakistani standup comedian/Uber driver who starts dating a white girl, but can’t find a way to integrate that into his family’s cultural values. When she, Emily, finds out that he hasn’t told his family about her and has instead been meeting with potential wives for an arranged marriage, she is furious and breaks up with him. That could have been the end of the story.

But it wasn’t. Kumail (the ex-lover) gets a call from Emily’s friend that she’s in the hospital and goes to check on her. The big sick is the time when she’s intubated with an undiagnosed and unpredictable illness, and Kumail and her parents hold their breath at her side. This period isn’t about her — she’s out of the picture in a “medically-induced coma”— it’s about the people who love her, their interactions with the medical community, their attempts to process what’s going on. And it gives us some perspective on what the medical institution can be like in times of uncertainty. Kumail and Emily are real people, who after the events of the film, get married and eventually make this movie.

Emily’s illness starts out as “a really bad flu or something.” In the end, it turns out she has adult-onset Still’s Disease, an autoimmune disorder affecting multiple organ systems that can be very severe and difficult to recognize. I’ve seen it be fatal. She is critically ill from a mysterious process. This means she has teams of doctors taking care of her. At one point Emily’s parents, played by Ray Romano and Holly Hunter, are sitting in a conference room as a string of physicians in starched white coats come in to update them. It’s a montage of medical terminology. The parents ask plenty of questions, and Romano scribbles everything down. But it’s clear they don’t really grasp what’s going on, and you can see the fatigue of trying to keep up wilting their faces.

If a doctor throws out any term, for example, MRSA, they latch onto it and remain fixated. Back home, Hunter Googles “pleural effusion” and “empyema,” trying to wrap her head around what she’s heard. She’s attempting to cross the rift left between her understanding and the medical reality. And because the medical providers have not helped her to do so, she turns to the internet for guidance. The script highlights the dangers of this: “Wow, they should call this website everythingiscancer.com. Whatever symptom you put in, could be cancer. Hiccups could be cancer.”

Throughout delivering their diatribes of jargon, the doctors seem very certain of themselves. They never doubt their diagnosis or their plans, despite things clearly not going well. In a way, this seems reassuring, but it also seems misguided given Emily’s state. Do they have any doubts about the care they are providing? I would in their position. But any emotions of the physicians are hidden. They are machines. And it comes off as callous and uninvested. That’s how the audience, and presumably the family, perceives them.

But it can’t be that they don’t possess feelings or second guesses. I think part of the reason we have trouble communicating with patients and families is because of the emotions that we do have. Especially in situations where we as doctors aren’t sure what’s going on or what to do next, we give tidbits of information. We use big words. We focus on what we are doing and deflect from what we are not able to do. We hide behind the crispness of our white coats and our professional manner.

We have years of education and honed skills of pattern recognition through further years of training, but each case we see is unique. Every time we encounter a disease, we’ve never seen this exact presentation. Every time we do something, we have never done that exact thing before. Many patients fail to recognize that, and it’s certainly not a concept we advertise. Hunter is the only one who detects the disarray that must lie behind the facade. “I feel good about the surgery,” she says. “Yeah, me too. These doctors know what they’re doing,” responds Kumail. “No, they don’t. They’re just winging it like the rest of us.”

After days to weeks without improvement, Hunter decides she wants to transfer her daughter to a better ranking hospital. Kumail is worried. Is this really the best thing for her? Is it safe to move her? But instead of talking to a doctor about his concerns, he turns to the bedside nurse, someone he has come to know. “Hey, do they [the doctors] know what they’re doing? Because they don’t tell us anything.” And it’s the nurse’s opinion that he relies upon. “Trust me, she is fighting this, and so are we.” She serves as a liaison and a proponent for the elusive, robotic figures sending down orders. She is in the trenches, humanizing us and using plain English. She helps to fill the void of communication and trust, but she cannot fill the void of information or transmit the gravity of the situation.

Though the movie starts out with the lives of two relatively normal twenty-somethings, those lives are lifted out of their normal operations and displaced to the hospital. Most of us start off healthy and relatively carefree, but we all eventually have interactions with disease and death. Those usually increase over time. “The Big Sick” gives us a view of what the beginnings of those interactions are like from the other side. It shows how we as physicians interact and communicate, or at least how it’s perceived. And while Emily survived in the end, I don’t think we came off very well.