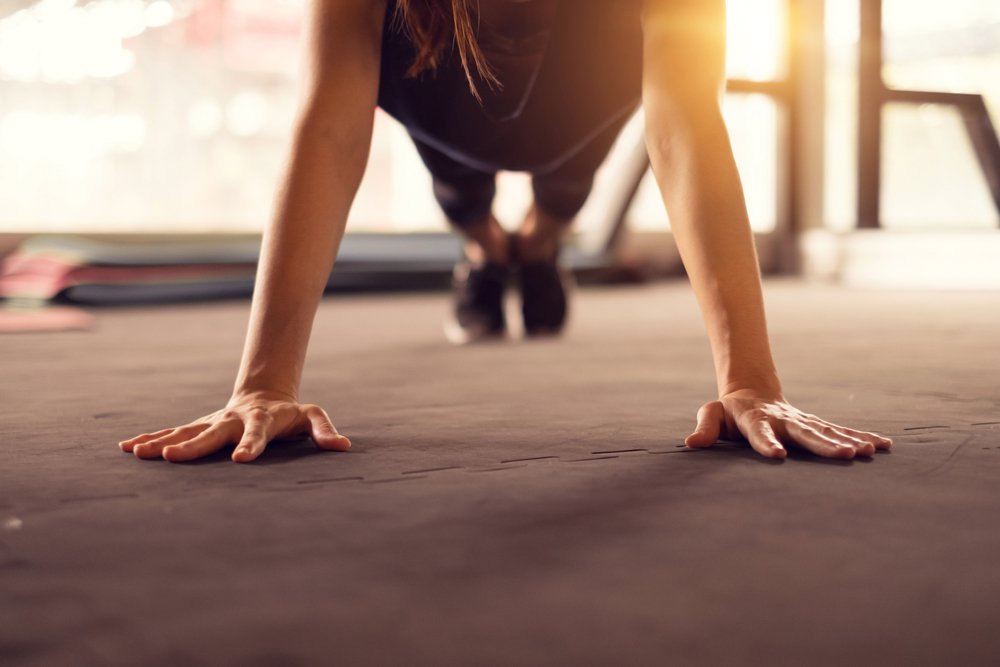 At the start of the year, our program director asked, “What if we challenge every resident in the program to do 5,000 push-ups?” We were immediately interested. After discussing logistics and socializing the idea, the #5KPushUpChallenge was started: Over the first ten weeks of the academic year, residents and faculty were challenged to complete 5,000 push-ups.

While at first glance, this number of push-ups may seem like an absurdity. When you break it down over the course of ten weeks (assuming a 6-day inpatient work-week), this requires roughly 84 push-ups per day to complete the challenge or approximately 72 push-ups/day in a 7-day week.

This number of push-ups over a 10-week period is absolutely accomplishable, but the question remains: “Why?” One of our reasons to bring this challenge to our residency program was to inculcate a culture of physical fitness despite limited free-time due to long (though ACGME compliant) work-hours inherent to residency training. We also aimed to improve the overall health and wellness of our residents. While not completely representative of our resident population, a recent study of male firefighters aged 21 to 66 found that subjects “able to perform 11 or more push-ups at baseline had significantly reduced risk of subsequent CVD events.” We hoped that daily and weekly reminders of this ongoing challenge would encourage residents to exercise more often. A 2017 study of two internal medicine programs found that over one-third (36 percent) of their residents never exercised during residency!

These same residents felt that they would be “more likely to counsel their patients about exercising if they themselves exercised more often.” As primary care physicians who counsel patients on the need to conduct at least 150 minutes of exercise per week with two days of strength-training exercises, we hoped to lead by example by promoting fitness among ourselves. While 84 push-up per day is not enough to reach the recommended exercised goals, as noted in the Physical Activity Guidelines for Americans, some physical exercise is better than none.

We were successful in our aim to create a culture that emphasized physical fitness among our residency program. It was not uncommon to see medical students, house staff, and faculty members executing push-ups together during the ten-week challenge.  While we cannot prove that this intervention improved the fitness level of our residents, here are the results of our #5KPushUpChallenge. 63 of our 75 residents (84 percent) logged completing push-ups, averaging 1635 push-ups per person (median of 640). 11 residents (14 percent) completed over 5,000 push-ups during the ten-week challenge. A total of 106,479 push-ups were logged by the residents of our program. Program leadership and faculty logged an additional 44,676 push-ups. This brings our program total to over 150,000 push-ups in ten weeks!

The #5KPushUpChallenge was a simple, no-cost experiment that encouraged our residents to engage in physical exercise with their co-residents. We are thrilled with the results of this first challenge and encourage you to challenge your programs, department, nurses, faculty, and administrators to a #5KPushUpChallenge, keeping in mind that some exercise is better than none, and that every repetition is a repetition closer to a healthy lifestyle.

The next challenge? To run 100 miles each over the next 10 weeks! Our goal as a program is to have 100 percent participation in at least some amount of running. Join us on Twitter at #100milechallenge.

John Blickle and Kim Fabyan are internal medicine residents. The views expressed in the article are those of the authors and do not reflect the official policy of the Uniformed Services University, Department of Army/Navy/Air Force, Department of Defense, or U.S. Government.